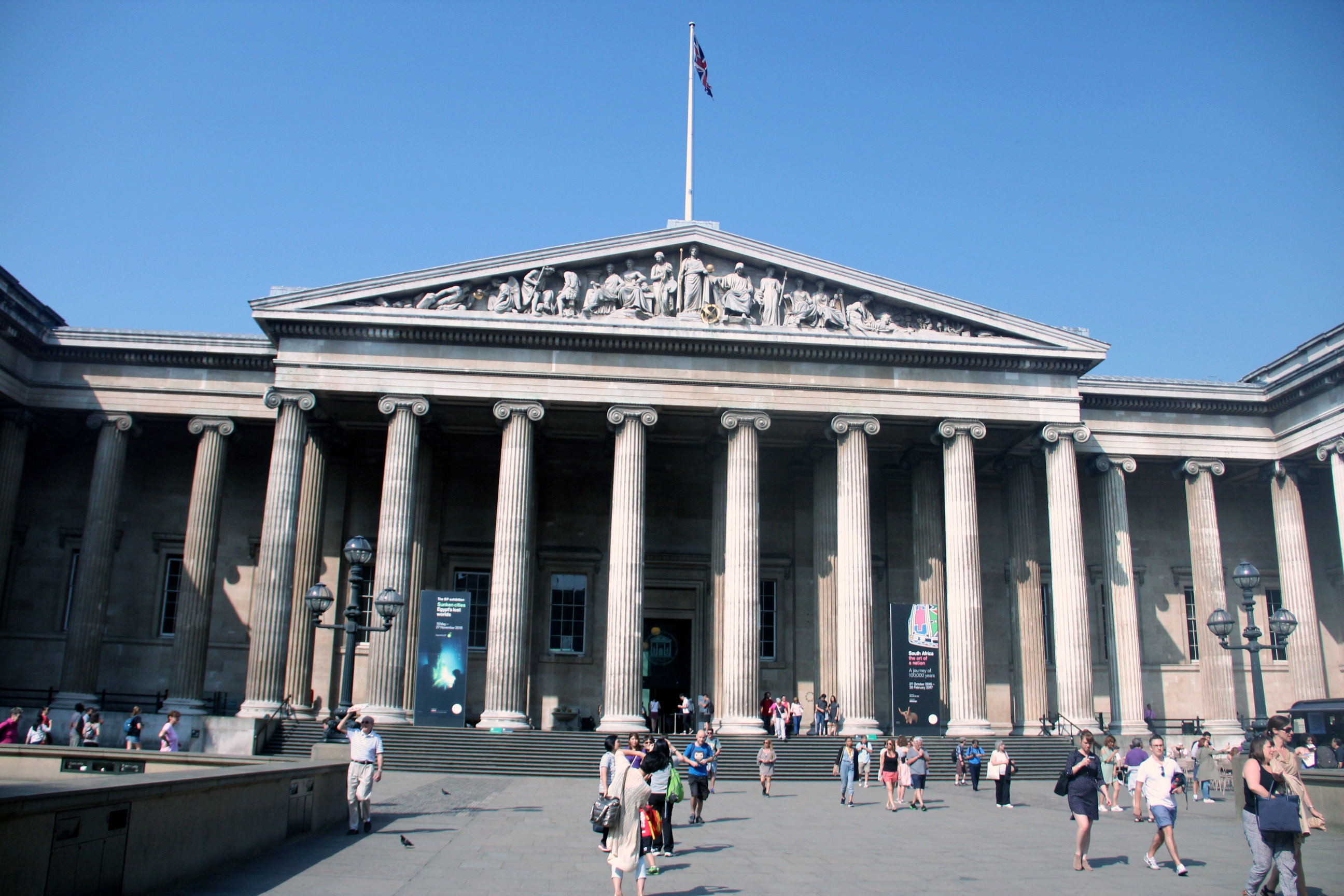 This is a throwback post to my trip in London in 2016 and photos posted go back to then.

Explore the British Museum, a public museum dedicated to human history, art and culture on Great Russell St in the Bloomsbury area of London. Its permanent collection of eight million works is among the largest and most comprehensive in existence. It documents the story of human culture from its beginnings to the present. The British Museum was the first public national museum in the world.

The Reading Room and Great Court

Upon entering the main entrance, you’ll be greeted by a big round building in the middle of the museum. The domed Reading Room at the heart of the Museum was completed in 1857 and originally housed the Museum’s library.

The Reading Room is now enclosed by the Great Court, which was added in 2000. Lord Norman Foster designed the space, which transformed the Museum’s inner courtyard into the largest covered public square in Europe.

Due to time constraints, I could only cover a few galleries.

The Ancient Egypt section is in Room 4 on the ground floor or level 0.

The collection from ancient Egypt and Sudan illustrates every aspect of the ancient Nile Valley culture from Neolithic times (about 10,000 BC), down to Late Antiquity when Christianity became the main religion in Egypt (around AD 400-800).

This collection covers the ancient and contemporary civilisations and cultures of the Middle East from the Neolithic period until the present. There is a wide range of archaeological material and ancient art from Mesopotamia (Iraq), Iran, the Levant (Syria, Jordan, Lebanon and Israel), Anatolia (Turkey), Arabia, Central Asia and the Caucasus. Highlights of the collection include Assyrian reliefs, treasure from the Royal Cemetery of Ur, the Oxus Treasure, Phoenician ivories and King Ashurbanipal’s library of cuneiform tablets from Nineveh in northern Iraq.

Moving on from the Middle East in Room 6 is Ancient Greece and Rome galleries.

The Greek and Roman galleries display objects from the Bronze Age until the fall of Rome (about 3200 BC to AD 476). They show the expansion of the Greek world across the Mediterranean and beyond the growth of increasingly powerful Italian cultures, and their coming together in the Roman Empire.

The displays of Greek art span over 1500 years. They illustrate the development of sophisticated ceramics, showing scenes from myth and daily life, and the emergence of realism in sculpting the human form.

From the North stairs and the lift, we head up to level 2 and 5, where a part of the Asia section are.

The British Museum holds one of the richest collections of Chinese antiquities in Europe, containing many examples of Chinese painting, calligraphy, jades, bronzes and ceramics. The Chinese collection ranges from 4000 BC to the present.

The Japanese collections are particularly strong in paintings, prints and decorative arts from AD 1600 to the present.

This is a throwback post to my trip in the Uk in 2016 and photos posted go back to then.

If you did not know, now you know. Madame Tussauds is a major tourist attraction in many cities, displaying the waxworks of famous and historical figures, as well as popular film and television characters.

We visited Madame Tussauds in London, which is on Marylebone Road.

Other Madame Tussauds around the world are in the US, Europe, Asia, Middle East, and Australia.

Explore the different zones to find your favourite celebrities, role models, or superstars! Here are some of the notable wax figures in the Madame Tussauds London. 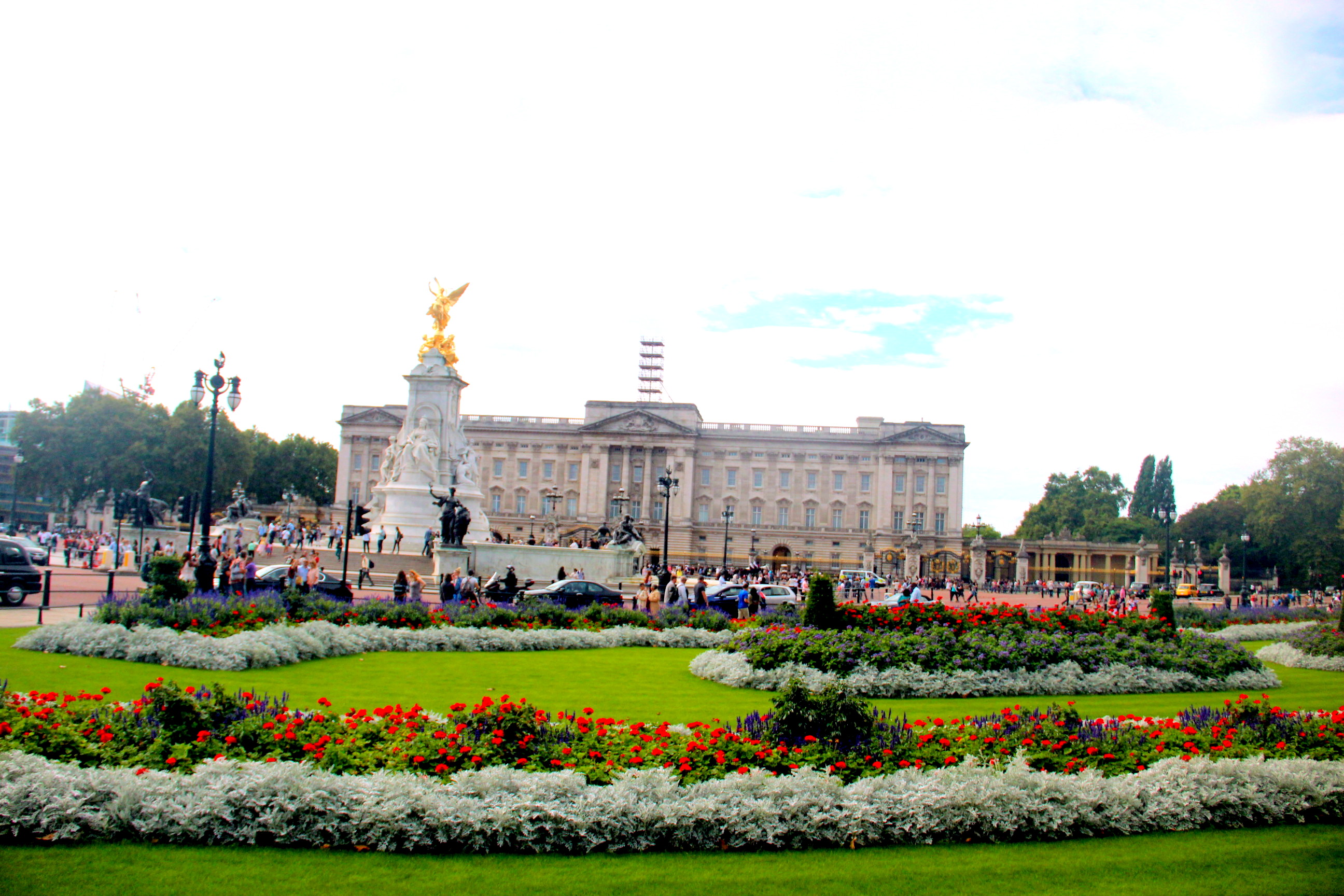 Here’s a throwback post to my trip in the UK in 2016 and photos posted go back to then.

There are so many attractions to cover in London. If you want to explore London by foot and with a guide – give Strawberry Tours a shot.

Free Tours of London take you on a journey through the city’s colourful and sometimes dark history. They are both informative and fun; no boring lectures! Explore London’s busy streets and discover 2,000 years of fascinating and entertaining history. London walking tours guarantee plenty of laughs through fun facts and anecdotes, as well as the promise of hidden gems to visit. They are far more entertaining than your history teacher! At Strawberry Tours we believe that everyone, no matter what one’s budget is, should be able to experience and enjoy what London has to offer and we also believe that the price of a tour should correlate with your budget and how much you enjoyed it. Therefore, on all tours you decide how much you want to contribute, should you want to, at the end of the tour, depending on your enjoyment and possibilities. Come rain or sunshine (this is England after all…), these free walking tours in London offer something for everyone!

Our tour was dubbed the Royal Tour. You’ve to make a booking on their website (here and below).

Even though it goes by the line of “free walking tours London”, the tours are solely tips based so you can decide to contribute as much or as little as you feel the experience was worth.

We spent 2 hours with a Strawberry Tours guide bringing us across London to selected landmarks.

7. Big Ben and Palace of Westminster

Here’s a throwback post to my trip in London in 2016. On one of our days in England, we visited Bath in a 1-day tour package.

Bath, about 97 miles (156 km) west of London or 90 miles west of Windsor Castle, is known for and named after its Roman-built baths. Bath is the largest city in the county of Somerset, England.

We stopped outside the Bath Abbey and admired this 7th century, medieval Gothic architecture.

The Abbey is a Grade I listed building,particularly noted for its fan vaulting. The west front includes sculptures of angels climbing to heaven on two stone ladders, representing Jacob’s Ladder. The Abbey is built of Bath stone, which gives the exterior its yellow colour.

Here’s a throwback post to my trip in London in 2016. On one of the days, we toured Windsor Castle under a tour package.

Founded by William the Conqueror in the 11th century, it has since been the home of 39 monarchs. Queen Elizabeth used to spend most of her private weekends at the Castle, which is also used for ceremonial and State occasions.

Below are maps of the castle.

Finding our way around Windsor Castle

For tourists, the entrance is on Castle Hill road, where there’s an admission gate to pass through.

We walked up Castle Hill road towards Edward III Tower and entry into the castle precincts. After passing the castle walls, we were at the Middle Ward.

Set within the Castle precincts, St George’s Chapel is one of the most beautiful ecclesiastical buildings and finest examples of Gothic architecture in England. 10 monarchs, are buried here, including Henry VIII and Charles I.

After that, we made our way back up to the Middle Ward via the path along the North Terrace. We walked through the Norman Gateway to the State Apartments.

You could see the Round Tower (the Keep) up close.

We entered the State Apartments and Queen Mary’s Dolls’ House.

Queen Mary’s Dolls’ House is the most magical residence in that it is a perfect replica in miniature of an aristocratic home. Designed for Queen Mary in 1923 by the leading British architect Sir Edwin Lutyens.

Photography and filming are not permitted inside the State Apartments.

After a walkthrough tour in the State Apartments, we were out at the Quadrangle.

After that, we walked back down to the Lower Ward and exited the castle precincts at Henry VIII Gateway.

How to get to Portobello Market

Like us, if you’re travelling via the tube, stop at Ladbroke Grove station on the Circle or Hammersmith & City line.

Portobello Market is open from Monday to Saturday, 8am to 7pm. We visited on a Saturday, which is the main day and the market was in full swing, as you’ll see below.

Portobello Road has one of the most famous street markets in the world and is home to one of the UK’s most diverse communities. It has a rich history dating back to the 19th century with millions of visitors visiting the market each year. The market stalls stretch for a mile all the way down Portobello Road and round the corner into Golborne Road. Whether you are just out for a stroll, people watch, looking for a bargain or out to grab a bite to eat, Portobello Road is a great place to spend your time exploring.

The west London site is most famous for having one of the world’s largest antique, bric-a-brac and vintage clothing markets. It’s a location that attracts tourists, locals and celebrities from all walks of life. Visitors can find every type of collectable from stamps, jewellery, furniture, vintage clothing, fresh produce, delicious street food, and freshly baked goods. The street is also home to some incredibly talented musicians busking on the streets. Originally known for its excellent choice of fresh produce, some families have been selling on Portobello Road for generations.

After a cold, rainy morning and a long walk along Portobello Road, we stopped for a strawberry & cream crepe and hot sweet chocolate in Portobello.

We had a chocolate and coffee break at Gail’s Artisan Bakery. 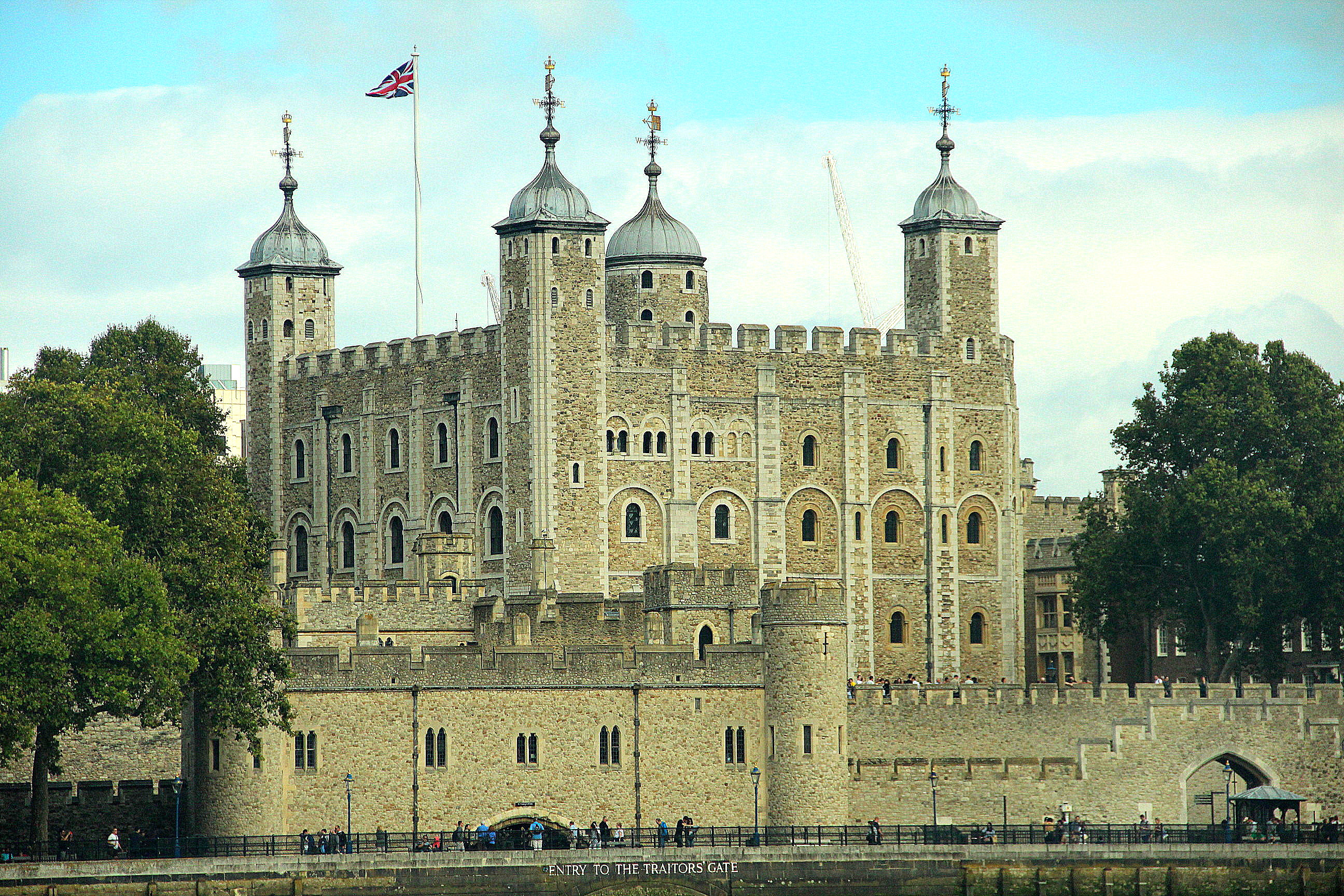 Here’s a throwback post to my trip in London in 2016. Nevertheless, let’s take a trip down memory lane in this holiday tribute to Tower of London.

Explore London’s iconic castle and World Heritage Site. Get up close to the Crown Jewels in the year of the Platinum Jubilee, meet the legendary Yeoman Warders and ravens and see the Tower like never before.

Marvel at the imposing White Tower, a magnificent example of Norman architecture at the heart of the Tower of London.

Prepare to be dazzled by this breathtaking, world famous collection of 23,578 gemstones at the Tower of London.

The Crown Jewels have been stored and displayed at the Tower of London since 1661, continuing a long tradition of storing precious objects here.

You can pre-book your ticket and time slot (where applicable) online before you visit or purchase tickets on the day from the ticket office on Tower Hill.

Book your Tower of London tickets through Klook below and see why this heritage site is visited by almost three million people every year.