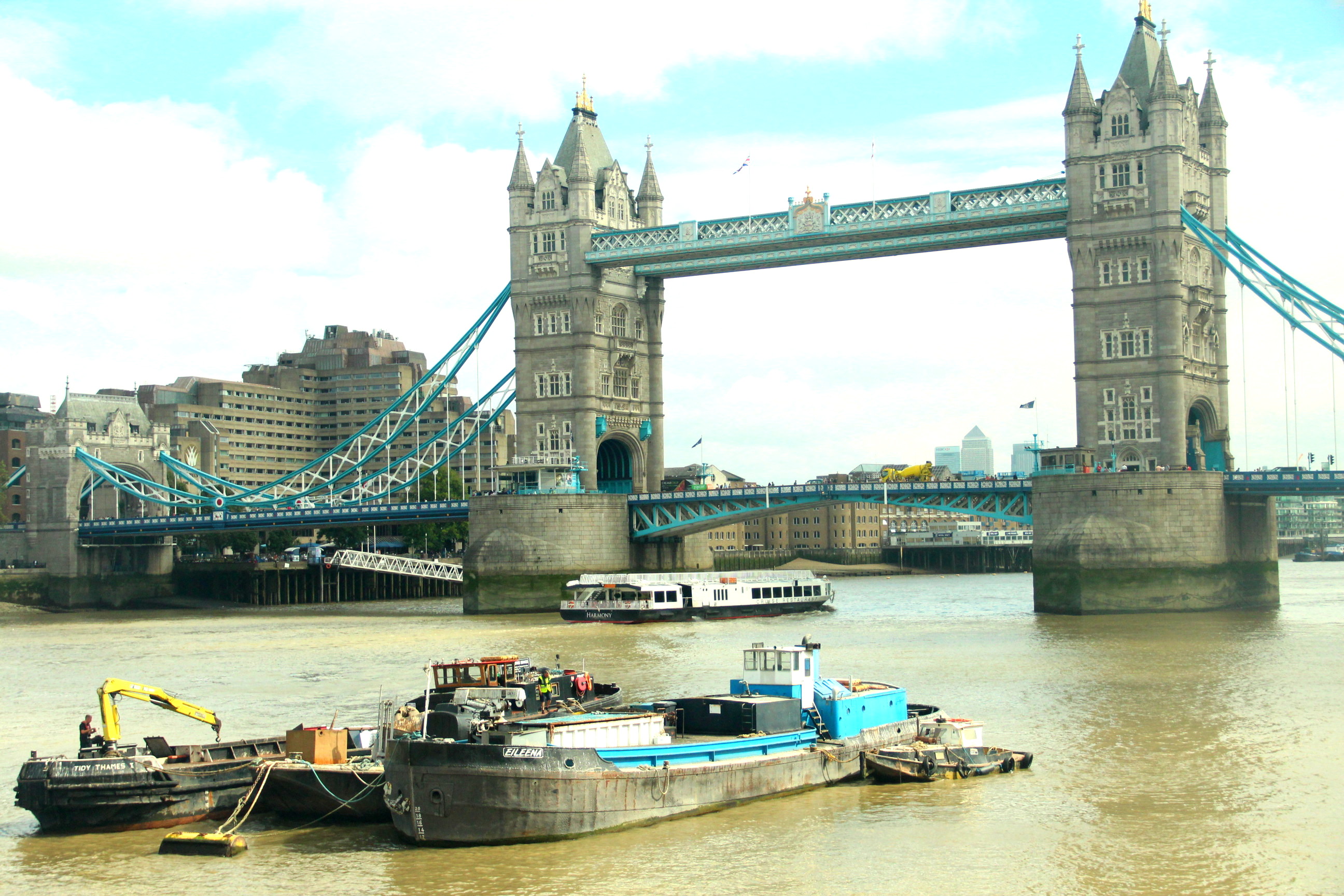 Here’s a throwback post to my trip in the UK and more specifically in London on one of those days in 2016. Before the Tower of London, which was the next stop on our itinerary, we took a stroll between London Bridge and Tower Bridge, along the River Thames. Here are some spots to spot around the bridges.

Golden Hinde was a galleon captained by Francis Drake in his circumnavigation of the world between 1577 and 1580. She was originally known as Pelican, but Drake renamed her mid-voyage in 1578, in honour of his patron, Sir Christopher Hatton, whose crest was a golden hind (a female red deer). Hatton was one of the principal sponsors of Drake’s world voyage. A full-sized, seaworthy reconstruction of the Golden Hinde is in London, on the south bank of the Thames.

Conduct a self-tour and river commute around the River Thames. River Bus from the pier departs eastbound towards Canary Wharf, Greenwich and Barking Riverside, and westbound towards Westminster, Battersea Power Station and Putney.

Next to the London City Bridge Pier, it’s obvious not to miss the 9-deck WWII warship-turned-museum with naval guns, that is permanently moored on the Thames.

There’s so much to see and do on board HMS Belfast. Visit HMS Belfast – Imperial War Museum here and get to know more about it’s history here.

Take a stroll along the Thames on The Queen’s Walk. This is a convenient route of several miles for tourists to walk from the London Eye Ferris wheel past numerous attractions to Tower Bridge and the Tower of London.

The next bridge after the London Bridge is the Tower Bridge (below photo). Tower Bridge is a Grade I listed combined bascule and suspension bridge in London. It is sometimes confused with London Bridge, which has led to a persistent urban legend about an American purchasing the wrong bridge.