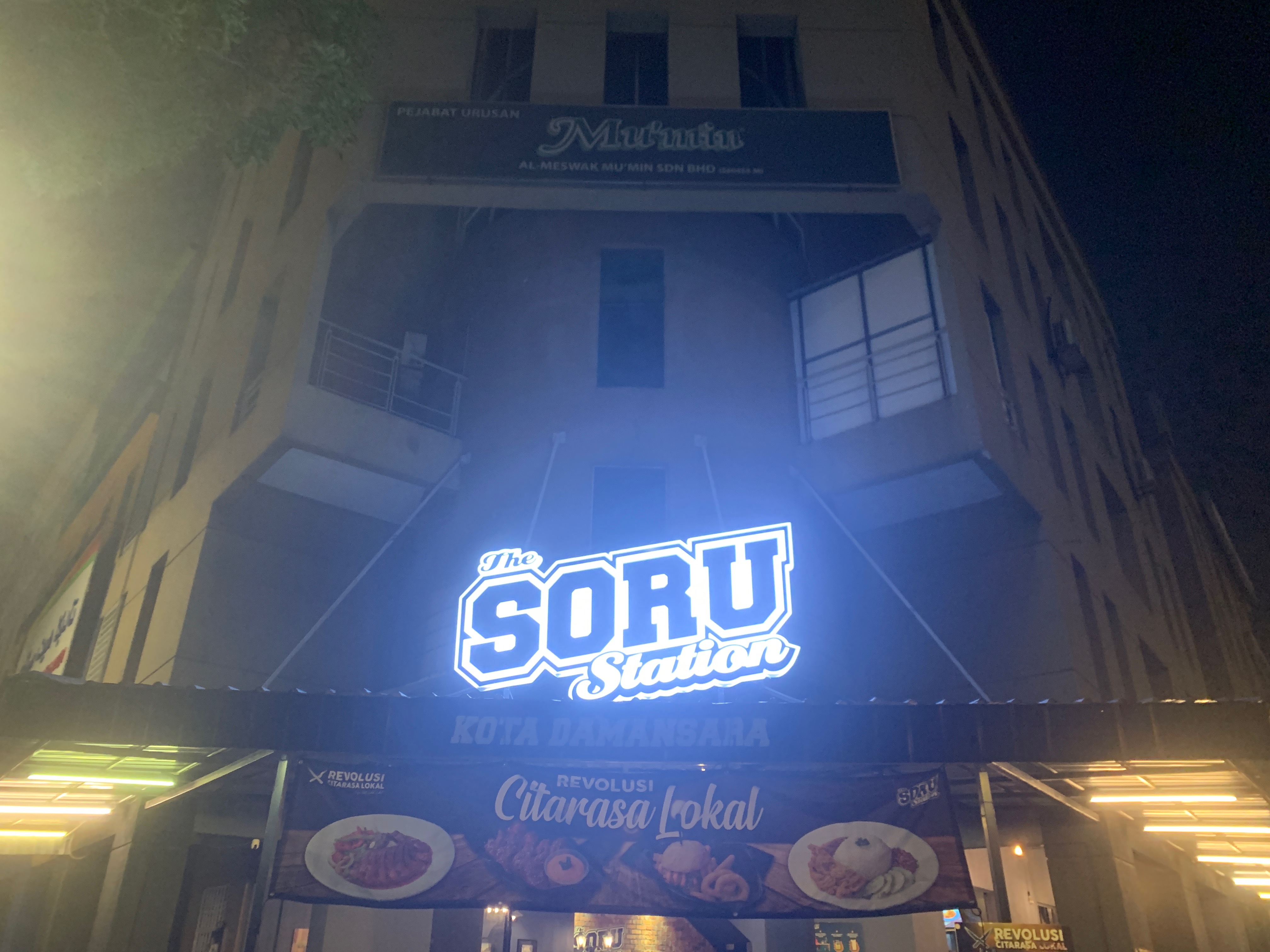 Deep in the corner of the Sunway Damansara area is a Western food restaurant – Soru Station Kota Damansara in Petaling Jaya, Selangor, Malaysia.

Soru Station Kota Damansara only operates from Tuesday to Sunday, 5 PM until midnight.

If you’re driving to the restaurant, there is ample parking around.

Since it’s a corner shop lot, there’re lots of tables and chairs on the pavements around outside. You can also sit inside the restaurant.

We sat inside the restaurant. On the table, there’s a QR code which you can scan to browse the menu and order online.

Naturally, everyone scanned the QR code. Instead of a shared bill through the code, each phone that scanned was given a bill, individually. Basically, you scan, you pay for your own orders made only.

You can choose to pay at the counter, with credit card, through ewallet, or do online banking.

If you did not pay at the counter but online, make sure to check your order status that it goes from created to submitted to accepted. Accepted means that the kitchen, not the counter, has confirmed receipt of your order and your order is in process.

We had the mini platter, mixgrill chicken, mixgrill lamb, and tower honey dew.

The Tower Honeydew was under promotion at RM15. It was really tall and the height was equivalent to 3 litres of honeydew drink. It was just enough for 8 pax.

You can watch my insta reel of the food below.

Soru Station comes from humble beginning of a food truck serving Bandar Sri Permaisuri area. They then expanded to a food court, serving almost 20,000 patrons per month. After planning for a year, they opened a new branch in Kota Damansara to serve even more customers after a very good demand at our food booth.

You can find Soru Station online and social media.