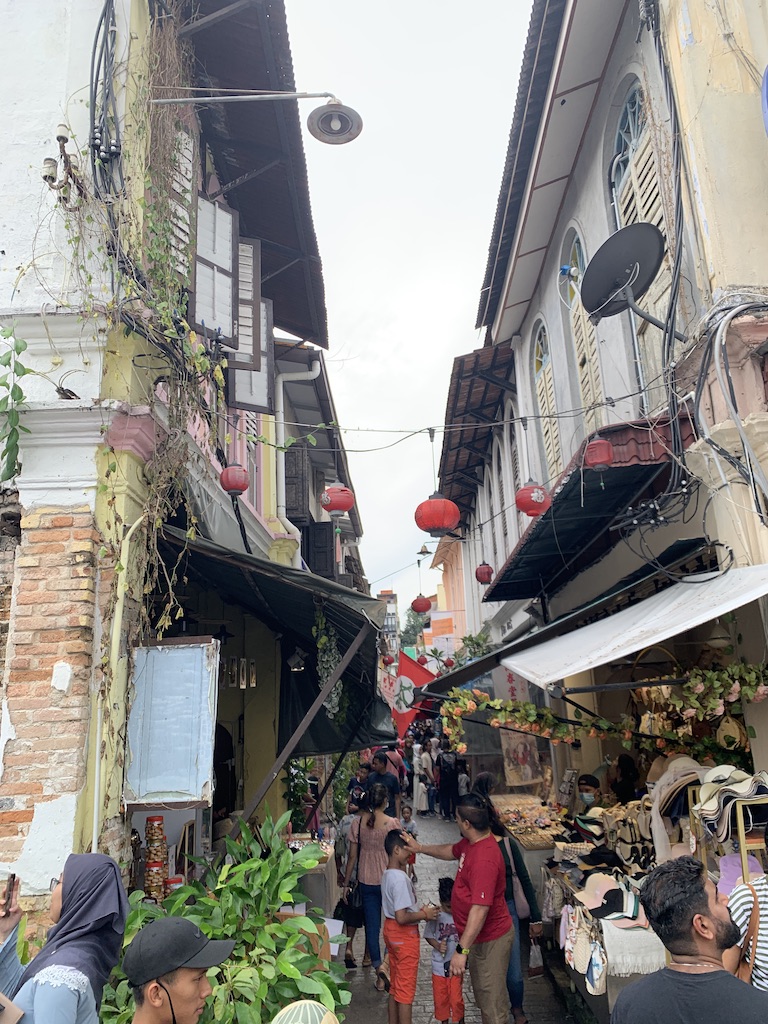 Anyway, Concubine Lane is a notable street (at least according to Google Maps) – not to be missed in Ipoh.

How to get there

Getting around Ipoh is fairly simple; either you take the bus, take a taxi, Grab, or walk.

We walked from Taman Jubilee to Concubine Lane that side. We crossed the Jalan Sultan Iskandar Bridge over the Kinta River to get to the other side of town.

This is a narrow lane of at most 100 meters with both sides having shops. There are a few eateries, craft works shops, souvenir shops, and stalls selling all sorts of things in this narrow lane.

Historically, Concubine Lane was popularly known as “The Second Wife Lane” or in Chinese as Yee Lai Hong or in English as “The Mistress Lane” which existed since 1908. This area of shop houses was a centre for opium smokers, gamblers and prostitutes owned by tycoons or millionaire miners around Ipoh. The lanes were later renamed with various names such as Err Nai Xiang (Concubine Lane), Da Nai Xiang (Wife Lane) and San Nai Xiang (Market Lane). Believed by many, it can be said that this place was home to concubines and mistresses of Chinese tycoons. Present day, it has a variety of food outlets, gifts and souvenir shops

During our 3D2N trip in Ipoh, Concubine Lane was one of the 7 places we visited in 1 day. Watch YouTube Short below.